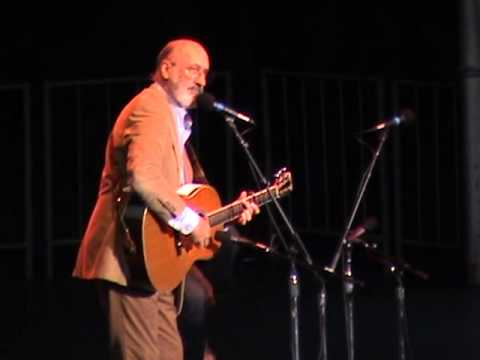 The Wedding Song (There is Love) Paul Stookey Live 2011

Live Evergreen State Fair I had to see them before they're all gone. "The Wedding Song (There Is Love)" is a song written by Noel Paul Stookey of Peter, Paul and Mary in the fall of 1969 and first performed at the wedding of Peter Yarrow to Mary Beth McCarthy at St. Mary's Catholic Church in Willmar, Minnesota. The song was featured on Stookey's first solo album, Paul and..., in 1971, and was moderately successful as a single. In an article for Guideposts magazine, Stookey wrote that the song came through him originally in the first person, Jesus speaking through him. He is now to be among you at the calling of your hearts Rest assured this troubadour is acting on his part The union of your spirits here has caused him to remain For whenever two or more of you are gathered in his name There is love There is love Well a man shall leave his mother and a woman leave her home They shall travel on to where the two shall be as one As it was in the beginning, is now until the end Woman draws her life from man and gives it back again And there's love There is love Well then what's to be reason for becoming man and wife Is it love that brings you here, or love that gives you life For if loving is the answer, then who's the giving for? Do you believe in something that you've never seen before? Oh, there's love There is love